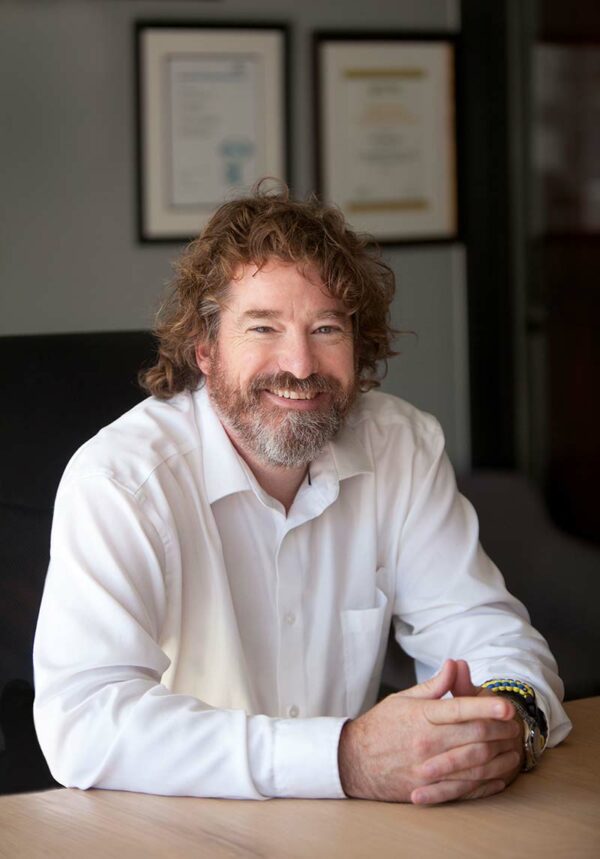 PJ’s experience and solution driven mind set, with a dash of playfulness thrown in for good measure, is the formula for his success over a career that span’s some 20 +years.  PJ graduated with a BProc from UNISA in 1997 and went on to achieve an LLM and MBA while building the practice, which he started in 1999 with Joan Gillan. He is a specialist in commercial dispute resolution and corporate law advisory.

He is the firm’s Managing Director and an accredited commercial arbitrator and mediator: Joan graduated with a BA LLB in 1989.  Joan is a registered conveyancer and has been practicing since 1992. She is a founding director of Gillan and Veldhuizen Inc when she started the firm with PJ Veldhuizen in 1999.  Since inception she has been the firm’s Director of Conveyancing and heads up the Cape Town office. 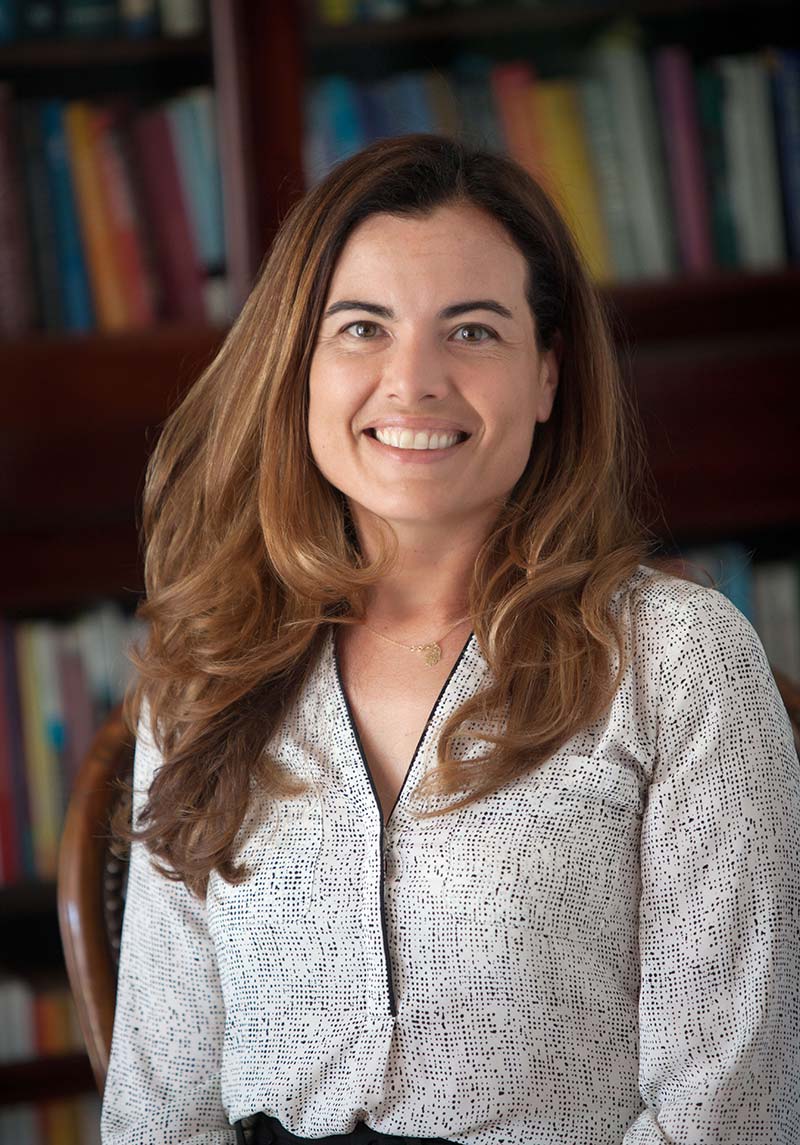 Gerda hails from Cape Town and achieved her BCom in Financial Management at Stellenbosch University. Despite her first job being serving frozen yoghurt she has worked in various industries including logistics, publishing and engineering but giving up accounting to try her hand as a travel agent reaffirmed her passion for numbers. She brings integrity and
dedication to her work and calls herself the “unlikely accountant” which makes

her a perfect fit for the G&V Inc’s way of life. Gerda runs the Gillan & Veldhuizen accounting and financial departments.

“Life is about the journey, not the destination.” 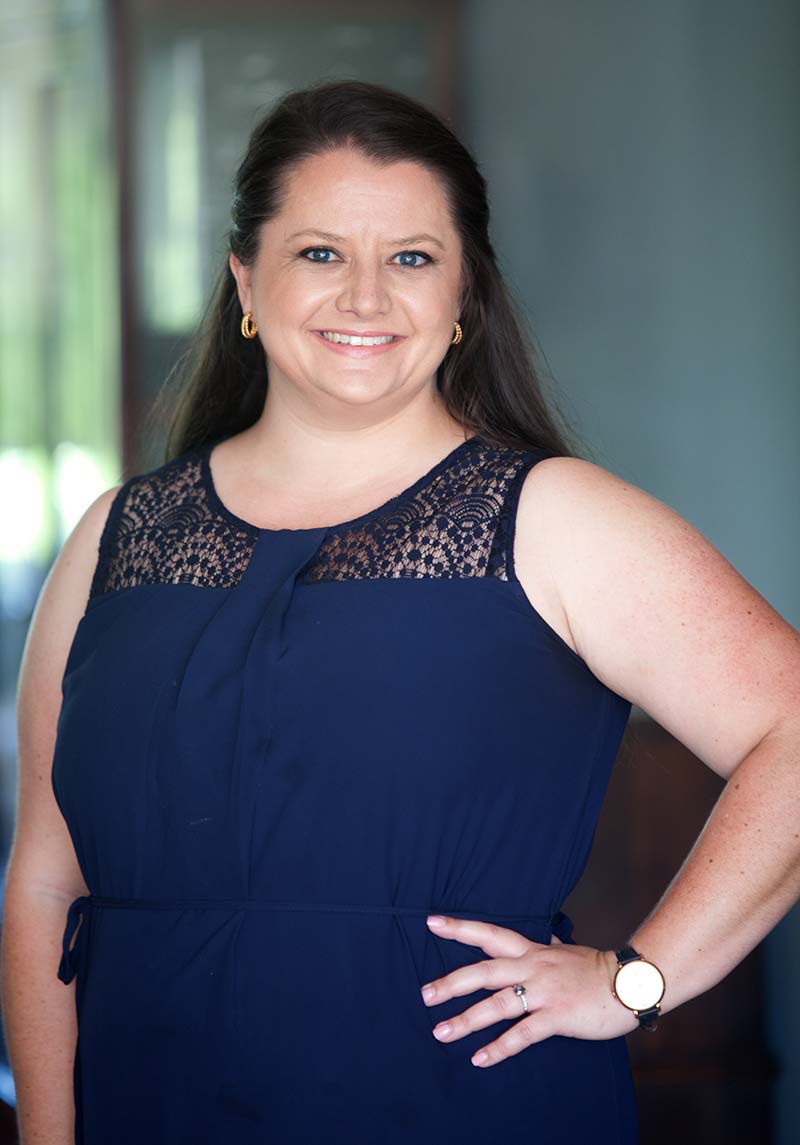 Micarle’s efficient and fast-paced business mind stems from her being born in Johannesburg however she was schooled in Cape Town and completed her studies at Stellenbosch University.   After graduating in 2009 Micarle joined Gillan and Veldhuizen as a Candidate Attorney, where she was involved in her first Supreme Court of Appeals matter. She was admitted as an attorney of the Western Cape High Court in 2012 and engrained her position at the firm as a Senior Associate in the Commercial and Litigation Department.  After completing an advanced short course in business rescue practice in 2016 Micarle found her fire in litigation, specialising in Insolvency, Business Rescue and High Court Litigation with an added interest in utilising technology to assist in traditional legal practice.

“If you think you are too small to make a difference, try sleeping with a mosquito.” ~ Dalai Lama 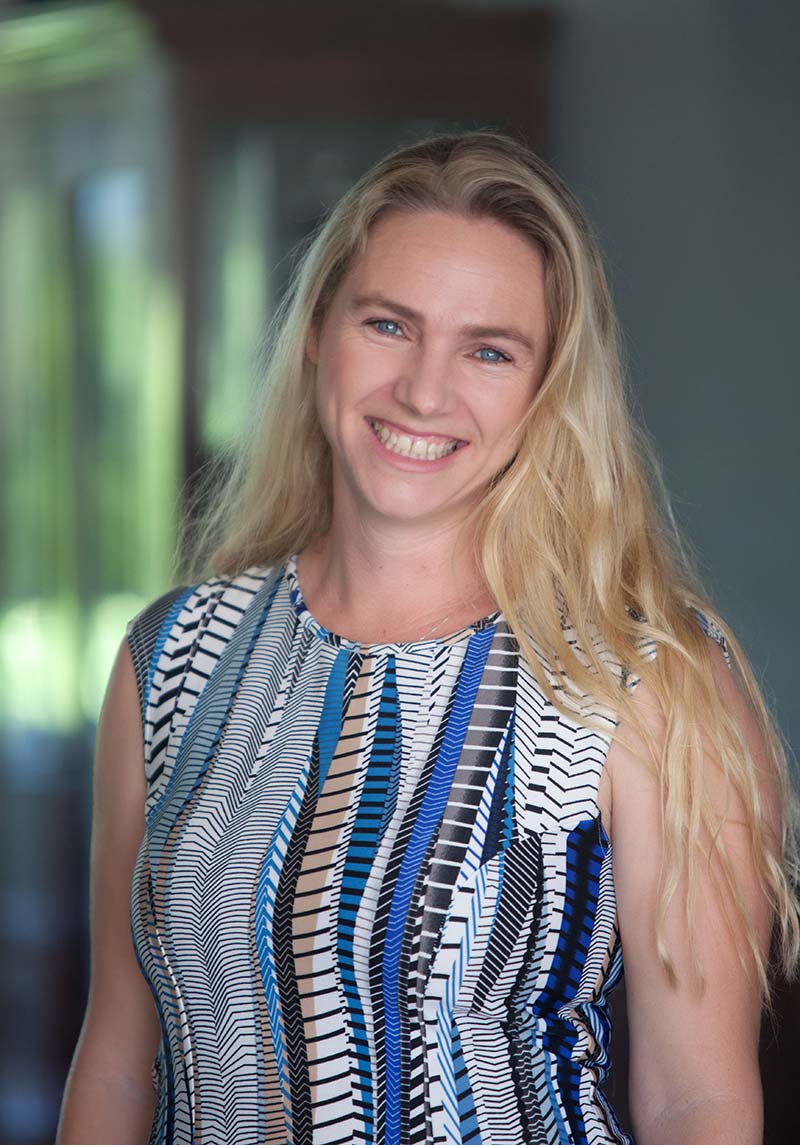 An integral part of the GV Inc team, born and bred Capetonian, Kayley Leverton obtained her Bachelor of Law Degree from UNISA in 2009. Proving her assiduous nature, she also completed the full-time practical legal training (LEAD) course at the University of Cape Town in the same year, with distinction. Kayley was admitted in August 2011 as an attorney of the Western Cape High Court and in March 2014 she was admitted as a Conveyancer. She currently works in the Commercial, Litigation and Conveyancing Departments as a Senior Associate, where she not only brings a calm head and thorough thought process coupled with a sense of wit but also throws in something good to eat now and then.

“No matter how hard you try – some things are out of your control.” 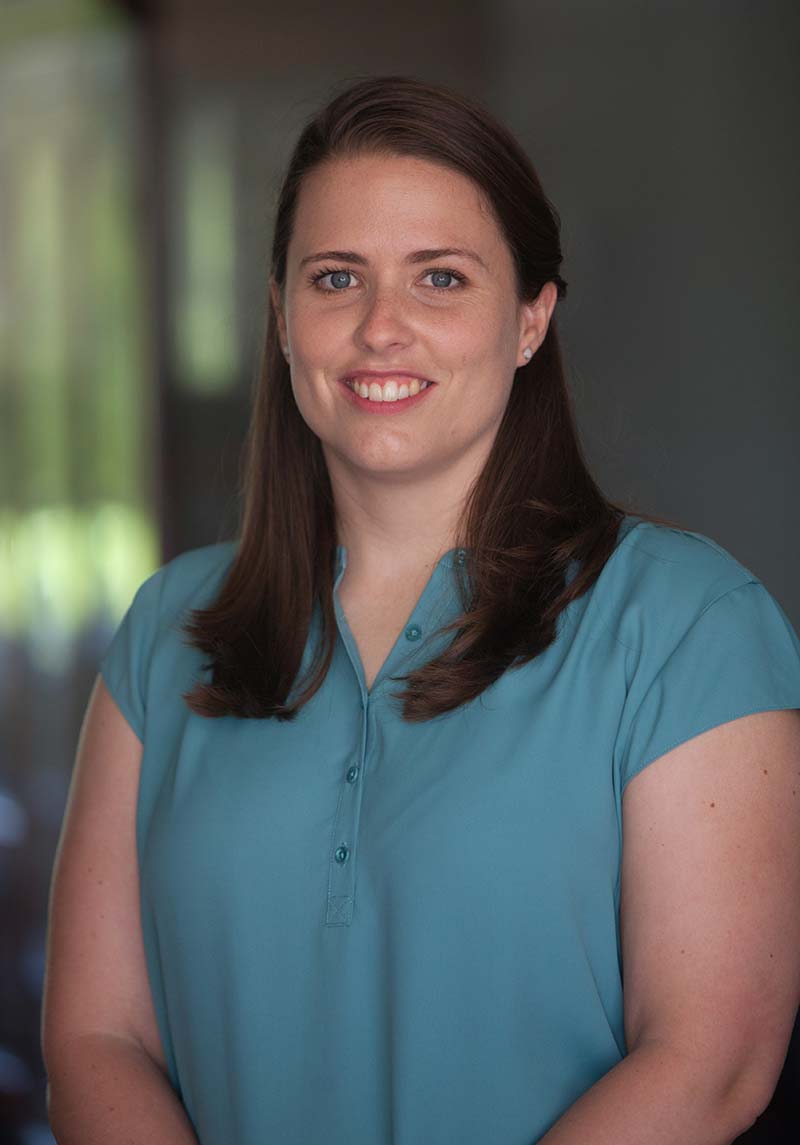 Katherine graduated from UCT with a Bachelor of Arts degree majoring in History and Law in 2012 and thereafter completed her Bachelor of Laws in 2014. She then carried on with her studies towards a LLM degree in Commercial Law while also working as a teaching and research assistance in the Commercial Law Department at UCT – where she gained experience in commercial subjects and effective communication. Her penchant for research and problem-solving, an interest in current affairs, a desire to learn and a good sense of humour, brings an energetic and refreshing approach to her work. Katherine joined the firm in January 2017 as a Candidate Attorney and is currently employed as an Associate in the General Litigation Department.

“Never leave things to the last minute – you never know when the unexpected might happen!” 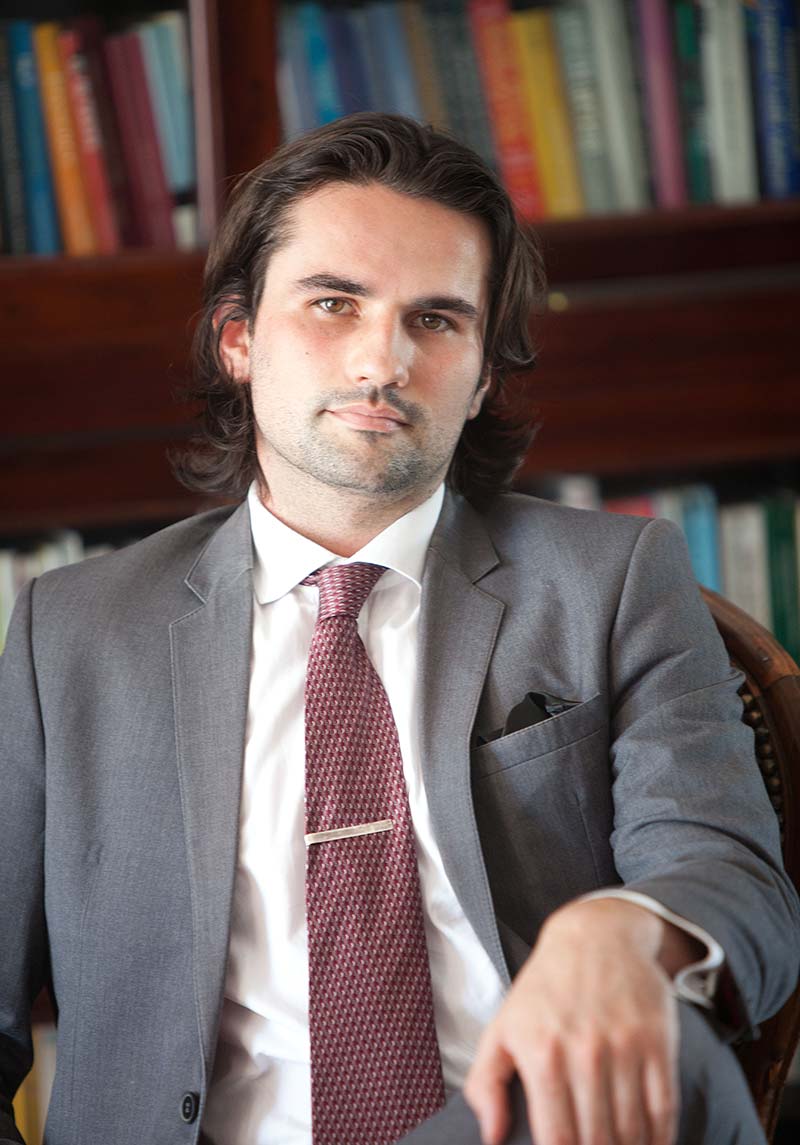 Charles’ ambition and clear vision of what he wants is evident in his work ethic, approach to life, and the field of law.   After matriculating from Reddam House in Cape Town, he went on to achieve an LLB at the University of the Free State and a post graduate certification in business rescue at UNISA whilst working as an operational manager at Africa’s top fine dining restaurant. He has also provided ad hoc compliance, due diligence and contractual work to various clients over the years; which together with his love of martial arts and classical warfare has not only honed his ability to focus, strategise, and understand new concepts rapidly, but has also helped him to refine his resolve and approach to obstacles as they arise. Charles is currently working as a candidate attorney at Gillan & Veldhuizen Inc. in their corporate, commercial and conveyancing departments.

“Failing at something is just the first step to mastering it.” Alana was selected from hundreds of applications to begin her articles as a Candidate Attorney at Gillan & Veldhuizen working in our corporate, commercial and conveyancing departments.

“I alone cannot change the world, but I can cast a stone across the waters to create many ripples.” – Mother Teresa